Former Dublin hurler, Stephen Hiney, left St. Mary’s in 1996. His teacher in 6th class was Tom Mullins. Throughout his time in St. Mary’s, Stephen was a keen sportsman. He won gold medals for both long jump and hurdles in Santry and won a Corn Oideachais and two Herald Cups in Croke Park. Although now retired from inter-county hurling, he captained the Dublin Senior Hurling Team in 2008 and still hurls with his club Ballyboden St. Enda’s. Captain of the winning Ryder Cup team in 2014, Paul McGinley, left St. Mary’s in 1979.  McGinley displayed great sporting ability throughout his time in St. Mary’s, representing the school on four occasions in both football and hurling in Croke Park. Paul played on three victorious Ryder Cup teams and had the honour of captaining the European team in 2014. Paul is now the face of Sky Sport Golf analysis. Ex-Connacht scrumhalf, Conor, left St. Mary’s in 2006. His 6th class teacher was Josephine Heffernan. Conor represented his school in football and hurling and played in Parnell Park and Croke Park during his schooldays. Though a keen hurler, Conor decided to concentrate on rugby in secondary school. His talent at rugby was recognised when he was selected to represent Ireland at both schoolboy and Under 20 level. Conor represented Ireland at the Junior Rugby World Cup, scoring 8 points. Unfortunately Conor had to retire from rugby in 2019 due an injury. Conor started in St. Mary’s in 1997. Like many others, Conor played both hurling and football throughout his time in the school. He had great success and was even lucky enough to captain the school team. He had Mr. O’Farrell as a teacher in 4th class. One fond memory that he has is the day that they all got off homework, when Mr. O’Farrell’s banger of a beetle passed the NCT! Conor left St. Mary’s in 2005 and went to St. Benildus College in Stillorgan and then to study Commerce in UCD. He completed a Masters in the Smurfit School of Business and is currently working in KPMG. Conor looks back very fondly on his time in St. Mary’s and hopes all his past teachers are keeping well!

A bright-faced Mr. Duffy left St. Mary’s in 2005 and headed for St. Benildus College. Following three years of studying at St. Patrick’s Training College, Fearghal qualified as a primary school teacher. Then Fearghal returned to St. Mary’s as a teacher. Fearghal won two athletics medals in Santry, for the long jump and for a 100m sprint. He also represented St. Mary’s in football and hurling, playing in both Parnell Park and Croke Park. Fearghal wore the Dublin jersey at both minor and under 21 level. Welcome home, Mr. Duffy! 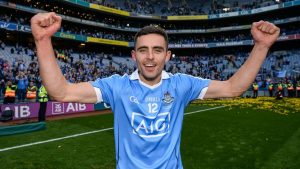 Another sporting star! Former student Niall, is an integral part of the imperious Dublin Senior Football team. The Templeogue Synge Street star has won an incredible 4 all Ireland medals, 4 Leinster titles, a National Football League medal as well as an All Star award. Niall usually operates in the Dubs half forward line. Niall has visited us at Tionól with the Sam McGuire Cup and is inspiring the next generation of footballers in our school. 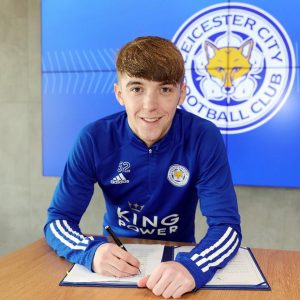 One to keep an eye on. Shane graduated from St. Mary’s in 2013. Shane was a key part of the St. Mary’s football team that won the Corn na Gearaltach in Croke Park in 2012. He has since excelled at soccer and is on the books at high flying Leicester City. Shane was recently announced as Leicester City’s Development Squad Player of the Season.

We are a boys primary school with over 400 pupils located in Rathfarnham, Dublin. Our talented teaching staff aims to provide all our pupils with a high standard of education.
View all posts by admin@7Marysbns →

Why not check us out on social media!

We are a boys primary school with over 430 pupils located in Rathfarnham, Dublin. Our talented teaching staff aims to provide all our pupils with a high standard of education. Through a rich and varied curriculum we aspire to enable each pupil achieve his …